Skitch was acquired by Evernote awhile back and they recently published their 2.0 upgrade. The internets were abuzz with discontent about some of the changes. Personally, I’m fond of a number of the improvements. The only “improvement” that’s been a bit hurtful is that the uploading of images goes to the Evernote server and it’s not very cinchy to get the direct url of the image that was uploaded.

All I really want is the ability to hit a keyboard shortcut, take a quick screenshot, add a big fat arrow or two and maybe some text, hit another keyboard shortcut and know that the clipboard now has the url of the uploaded image. It’s something I do a number of times a day.

I started with some hackery to use the evernote url but they’re doing some funky things with redirects and permissions such that some people have been unable to see the images. I noticed my friend Brandon was now using CloudApp so I thought I’d give that a shot. Here’s what I came up with:

I’m still using Skitch to take the screenshot and edit the image. Then I trigger a Keyboard Maestro macro that’s only available when Skitch is the activated application. Here’s what it looks like: 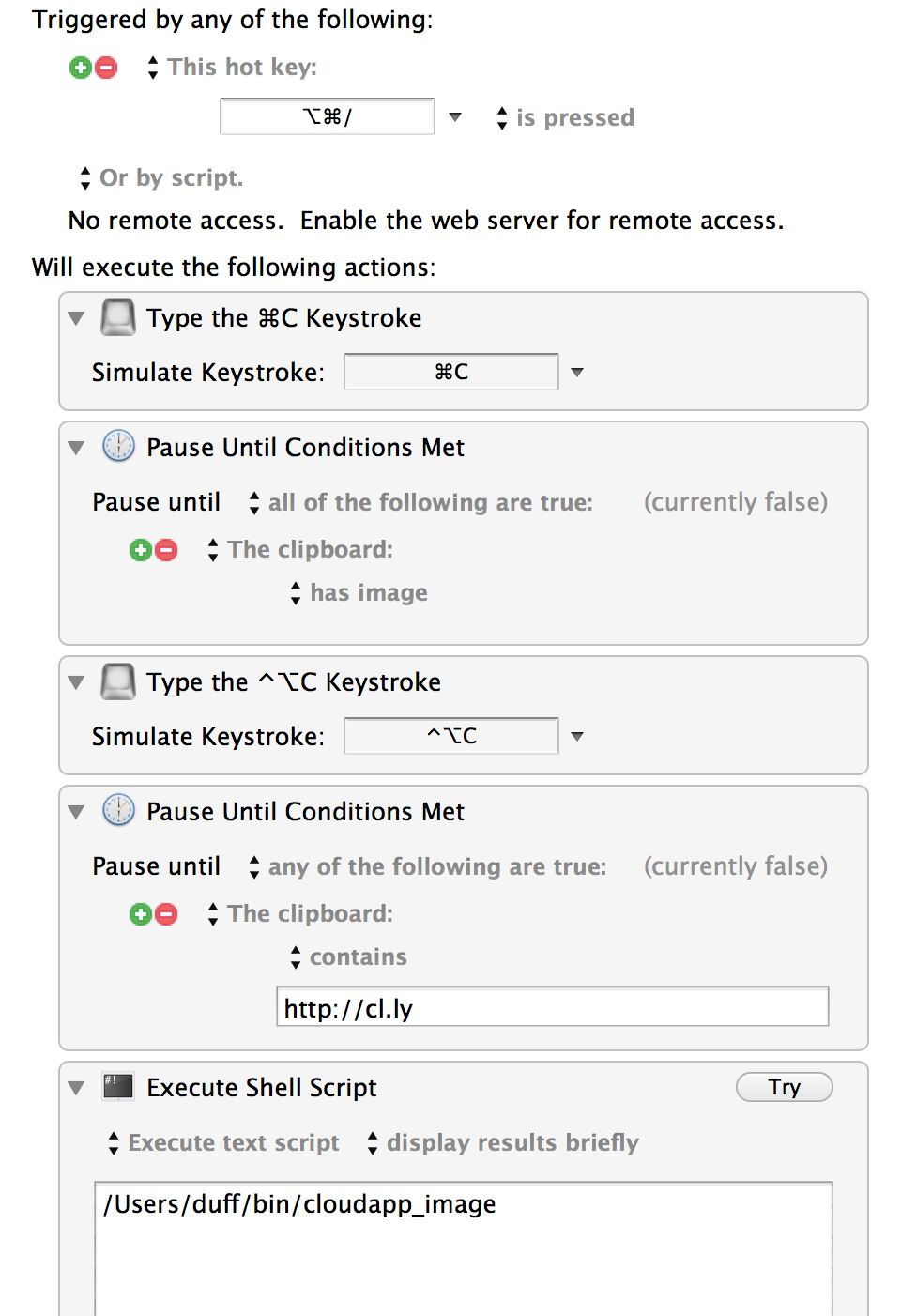 That one keystroke copies the skitch image to the clipboard, triggers the keyboard shortcut to send it to CloudApp, waits until the clipboard contains the CloudApp url, and then runs a shell script to get the url of the image itself rather than a url to a page containing the image. Getting the real url of the image allows me to just paste the url into Campfire or HipChat and have the image show up inline.

The puts lines show up on my screen briefly because of this in the Keyboard Maestro macro:

After that one keystroke, my clipboard now has the url. It looks something like this: